Why There is No IPV5? 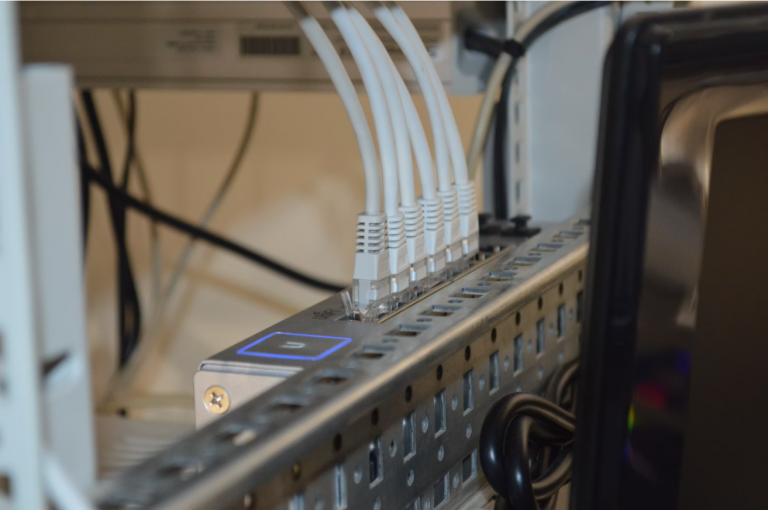 In 1970, the Internet was only in its early stages. Several internet protocols were being developed to set a standard for internet usage and to control how information packets carrying large amounts of data should be sent over a network.

Several internet protocols, such as IPv4 and IPv6, are being developed and deployed in the public domain in this context. Another internet protocol, IPv5, was created in the middle but was never published into the public domain. If you’ve ever wondered why there is no IPV5, keep reading, You might think that it would really make sense to use a protocol named like that, instead of IPV6, and you are right. Let’s see why the IPV5 had not become a widely recognized protocol.

But before diving into the protocols specifics, I recommending you to fully understand how does the IP addresses work.

What is the IPV5?

There are good reasons why IPv5 isn’t being adopted as the mainstream internet protocol. Before looking into the causes, it’s important to understand what IPv5 is.

A very important thing to know about the IPV5, is that the original ST (Internet Streaming Protocol), we are talking about, originally was never known as IPV5. However, nowadays, when someone uses the term of IPV5, they refer to the experimental ST protocol.

Why IPV5 Is Not Widely Adopted?

The IPv4 protocol, that is still used today, existed before IPv5. But the main problem with the IPv4 , is that only provides 4.3 billion addresses due to 32-bit addressing. These addresses were quickly depleted as more businesses and individuals began to use the Internet at a rapid rate throughout the world. The Federal Government issued the final blocks of IPv4 addresses in 2015. Because IPv5 also uses 32-bit addressing, the corporations feared that adopting it as a standard protocol would limit the capacity to produce IPv5 addresses.

The fact that all of these large computer businesses have abandoned IPv5 has deterred others from doing so. Even after the development of IPv6, we still find IPv4 on the market, but no IPv5. And this is great news, as using a protocol that is similar to the one we want to deprecated, is not very smart.

The Internet Protocol (IP) is a term that refers to the instructions how the data is exchanged between devices. These devices might be on the same network, or may be somewhere around the world. It does not matter, as IP protocol can be used to communicate over internet. And for the device to know how to reach another device, IP addresses are needed.

IP contains its own set of rules that regulate the flow of data from one device to the next. IP addresses, which are unique to each device, are how the internet protocol recognizes them.

TCP/IP had IP as a component in the beginning. TCP/IP and IP were split with the creation of IPv4.

In technical terms, IPv4 is represented by the digits 157.240.20.35. The numbers are separated by dots and range from 0 to 254. IPv4 has the potential to support up to 4.3 billion addresses, or 4, 294, 967, 296 to be exact. This figure may appear daunting, however there are currently more gadgets in use than this startling figure. Internet service providers were obliged to reuse their IPv4 addresses as a result of this. Today, the majority of service providers are offering IPv6 addresses.

If you are a bug bounty hunter, you should know how long it would take to scan an IPV4 address. With tools, such as ZMap, the whole internet can be scanned in a few minutes. But when it comes to the network mapping tool Nmap, one IPV4 target can be scanned in a matter of seconds. Of course, if no security mechanism is blocking the scan, and no additional scripts are used.

Weaknesses of the IPV4:

IPv5 never existed, with the exception of a few experimental applications, as previously mentioned. It was originally called as ST, or Internet Stream Protocol, and was designed primarily for the transmission of audio and video. Before it was abandoned, IPv5 was fully tested and multiple backbones were built. It was also delivered on a number of operating systems to ensure compatibility. The unavailability of IPv5 addresses was the only stumbling barrier.

In every other way, it outperformed IPv4 by a wide margin. So, even though it is a better version of IPV4, it is not used, so we can’t really compare it with the alternatives.

It is more common to argue IPv4 vs IPv6, not IPv4 against IPv5. Instead of the 32 bit addressing used by IPv4, IPv6 uses 128 bit addressing. The following is an IPv6 technical example:

It’s divided down into eight sections, each containing four hexadecimal digits separated by semicolons. On comparison, IPv4 has just four groups, each separated by a dot.

The number of IP address permutations in IPv6 is 10 to the power of 28 times that of IPv4. IPv6 also has a greater level of security than IPv4. It encrypts data by utilizing IPsec to authenticate the sender (Internet Security Protocol). The adoption of IPv6 is slow all around the world. The simple answer is that they do not want to spend the additional money necessary to acquire IPv6. And, as the IPV4 is de facto standard, is it much easier to work with those IP addresses.

Scanning IPV6 addresses with Nmap would take an insane amount of time. By scanning in a high pace, it would take approximately 584,555 years to scan one /64 subnet. However, there are some techniques for reducing scanning time. Yet, scanning IPV6 IP ranges is still significantly slower than scanning IPV4.

Speed Comparison of IPV4 and IPV6

Is the new IPv6 protocol quicker than the old IPv4 protocol?

Security Comparison of IPV4 and IPV6

You now understand the differences between IPv4, IPv5, and IPv6. IPv6 gives an abundance of IP addresses for a very long period. We’re unlikely to see a new version very soon.

IPv6 is now used by 30 percent of the world’s Internet users, more than 25 years after it was first introduced. It will be the recommended IP version in the future, therefore it is critical to begin implementing it now. It is just a matter of time when the last free IPV4 addresses will be exceeded.